One of the most traditional teams in the history of Formula 1, Williams is going through days that have nothing to do with its history of glory and victories.

Even so, it continues to give rise to talk, as the much-speculated departure of George Russell to Mercedes-AMG will certainly be the first step in the dance of chairs for the 2022 season.

The theme has been recurrent in many places:

Because of that, we’ll list some names that could become Williams New Drivers. Just remember that this is mere speculation.

One of them is German Nico Hulkenberg, who served as a replacement driver for Racing Point in 2020. However, his return to Williams – where he made his F1 debut – is difficult.

One of the obstacles is age: Hulk is already 34 years old; the other, the possible demand for remuneration higher than what the team would agree to pay for a driver who is undeniably fast and experienced, but who has never made it to the podium in the 179 races he has run in the category.

A positive point is the pole position he gave to Williams at Interlagos in his first year in F1, 2010. But if that pole, obtained under a heavy downpour, was not enough to prevent him from being replaced by Pastor Maldonado the following season , there is little chance that he will get a place there in 2022.

This is Williams’ easiest bet and also Williams’ favorite. The 23-year-old Englishman has run for the Grove team since 2019 is identified with Williams and has just earned his first points for the team at the Hungarian Grand Prix.

The problem is that his name is always linked to Mercedes, as he is a member of the German team’s academy and his career is managed by the Austrian Toto Wolff, the Mercedes boss. In terms of speculation, highly influenced by the very strong lobby of the English press, his presence at Mercedes is the biggest bet, far superior to the permanence of the Finn Valtteri Bottas.

But he also has obstacles to overcome. He has already been publicly disapproved of as a companion by the company’s star, fellow countryman Lewis Hamilton. He certainly prefers the comfort of living with Bottas, who is always willing to sacrifice himself for the team’s triumph, than having a young, ambitious and, it cannot be denied, extremely fast racer by his side.

Yes, Bottas will become a great choice for Williams if he leaves Mercedes. Aged 31 (almost 32), in F1 since 2013, the Finn joined Mercedes (coming from Williams) in 2017.

There, he was runner-up in 2019 and 2020, won nine of the 90 races he did for the German team but never was a threat to Hamilton’s success – on the contrary, he gave up certain victories to favor his teammate.

His best moments are in qualifying tests, when he often beats the seven-time world champion – only to, almost always, waste good positions on the grid with disappointing starts.

To make matters worse, his 2021 season is not the best, he is only fourth in the championship, with 108 points, and comes from an embarrassing performance at the Hungarian GP, ​​where he missed the brakes on the first corner and caused one of the most memorable strikes in the history of the category.

His salary is not low, which can hinder negotiations, but the pilot’s experience would be important for the rebuilding of Williams. Mainly for knowing in detail the modus operandi that led Mercedes to win all the manufacturers’ titles since 2014.

The Russian left F1 again in 2020. Always remembered for being relegated from Red Bull to Toro Rosso (now AlphaTauri) in 2016, Kvyat is only 27 years old and has the experience of being a reserve driver in his favor.

Fast and determined, he is determined to win a new opportunity as a starter. His salary isn’t the highest, which might help, but he has the image of a rash pilot against him. 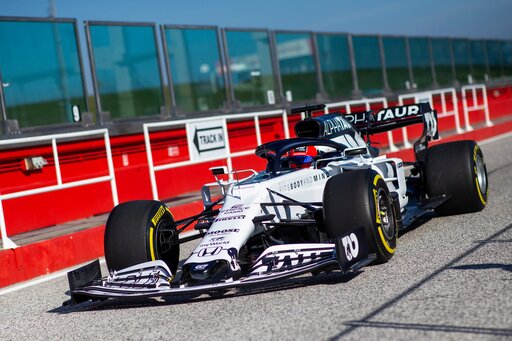 One of the stars of F2, where he started the year as leader and now ranks second, the Chinese is efficient but not brilliant. He is in his third season in the category and, as part of the Alpine academy, has the support of Renault in his search for a place in F1 in 2022.

He has even participated in the first practice session of the Austrian GP with an Alpine car, and his results were rated as satisfactory.

Due to lack of experience, Zhou should only be chosen if Williams has another driver with a more run-in. His greatest quality is to be the first Chinese to reach Formula 1, which can lead to strong investments for the team that chooses him. This, however, does not appear to be Williams’ priority.

A new phenomenon in motorsport, this 20-year-old New Zealander could be the big surprise in this dispute for a spot at Williams. He has the chance to become one of the rare drivers to win the top three F1 entry categories in a row.

European F Renault Champion in 2019, he dominated F3 in 2020 and has been leading F2 this season.

Alpine’s main academy star, he is now the main rising name and his career has been followed step by step by all F1 teams. But that doesn’t mean his future is defined.

With the guaranteed presence of Fernando Alonso until 2022 and Esteban Ocon until 2023, Alpine has no space for its precious stone. But it doesn’t even occur to him to lose such a talent, whose career has been guided by Australian Mark Webber, whose ties to Red Bull are more than notorious.