In September last year, Apple introduced the induction charging system in the iPhone family. Apple also suggested that after 500 cycles the battery on an iPhone will offer 80% of its original capacity. And this would result in a non-optimal battery of your iPhone X in less than two years. 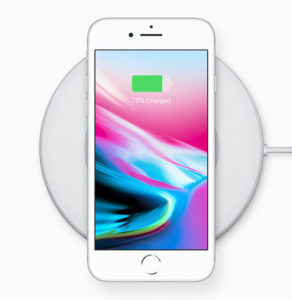 Many iPhone X users using the induction charging has raised complaints. They have complained that it has been burning through many battery cycles.

A user claims that he has hardly acquired his new iPhone six months back and he is already near the 150th charging cycle. He expected to hit 500 marks in three years, but now he feels it would be around 20 months when he will be at his 500th charging cycle.

Apple is a member of the Wireless Power Consortium. It must be having access to all the latest implementation standards and research. This makes it highly unlikely that Apple has made an error in the technology of induction charging.

Apple has been facing the issue about the longevity of its batteries and the need to check back the processor in a few cases. And all of this just under a year of the use of iPhone X.

Although this offer was made to cushion its reputation after the incidents of Note 7 batteries catching fire, its claims are still visible. This visibility of its claim is building up the confidence of users on Samsung.

Apple has received many reports of weak batteries and throttled iPhones. Also, it is reluctant to talk about the issues. But it is offering a discount on the replacement of batteries for some handsets.

Apple is a company that takes pride in its accessible technology that works. However, its perception and this new issue are hitting Apple again.

I will tell you how. Now almost everyone is convinced that replacing the batteries for  $29 after two years is the solution. So, this might extend the usual upgrade cycle between the new handset purchases that is approximately two years now.

The cycle will be extended because replacing the old dying battery with the new one would reduce the turnover of iPhone upgrades. This will further reduce the already falling Y-o-Y sales of Apple.

Tim Cook, Apple’s CEO said that they hadn’t considered the effects of replacing the battery on their upgrades. And he is not worried because they have done what was right for their customers.

But the rumors have it that due to the falling demands Apple might discontinue the production of iPhone X. Seems like the iPhone X owners are in for an unpredictable and bumpy ride.

How to Build a Cloud Strategy in 10 Simple Steps