By the year 2020, 40 percent of the US workforce is expected to be independent contractors. More and more people are choosing to take their talents outside the traditional office by going freelance. What this means is that the in-house team is rapidly becoming a thing of the past. 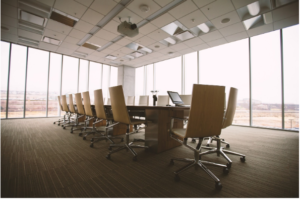 Meetings that used to be held around a conference table now happen over Skype or Google Hangouts. As the business world becomes more global, they are now less concerned with epic office furniture and looking at previously inconsequential things like working times and technological barriers as they are now a major concern, as workers are no-longer in the office
A company might have a designer in Calcutta, a developer in Stockholm and a team of writers in Johannesburg. If you’re the project manager, how on earth are you supposed to coordinate a team like that? The answer, as always, lies in finding the right tools.
Everyone’s heard of Skype and Slack at some point. These are powerful, popular tools for coordinating projects, but there are loads of lesser-known tools out there that potentially have more to offer. Here are a few of those under-the-radar options that you might consider as you work to sync up your team, wherever they may be.
Brosix
Brosix is a secure, private chat system for businesses. While it certainly isn’t as well-known as Skype, it’s steadily gaining popularity as companies begin to prioritize security. The service is designed to allow streamlined inter-office communication without the risk of being hacked or losing sensitive information as a result of leaks.
What’s convenient about it is that it gives you more control than most similar chat platforms. You can send encrypted messages to individuals, or create project-specific chatrooms. You can send as many media files as you like, with no limits on size. The messages are arguably faster and easier to respond to than email—and certainly much more secure.
While Brosix is built around chat, it offers other functionalities too. You can use its software to screen-share, guiding remote team members through complicated project briefs or giving detailed feedback on visual deliverables. There’s a whiteboard function, should you want to record instructional videos.
When you need to connect team members in remote parts of the world, Brosix is a great way to create a safe, reliable messaging network. It helps make the world a little bit smaller.
ELSA
Most international freelancers have a handle on English, but verbal communication can still be tricky. When you need to speak face-to-face, it’s invaluable to have a translator on hand. ELSA (Enabling Language Services Anywhere) is a device that connects you to native-speaking translators in real time, guaranteeing accurate communication.
ELSA is a small box that you can clip onto your shirt or belt loop. It acts as a constant line of communication with professional interpreters; always available when you need it. If you’re tired of using Google Translate, or if you need to have a verbal conversation with an international team member, ELSA might be exactly what you’re looking for.
The device itself is comparatively cheap, although service plans can run North of $1000 per month, depending on how many minutes you use. The upside is that you don’t need to worry about losing some important nuance in translation. Clear communication leads to better work and fewer headaches.
Box.com
If Dropbox had a child with Google Docs, it would be Box.com. This cloud-based file sharing service makes all of your files available to everyone in your team all the time, regardless of where they may be.
You don’t need me to tell you how valuable it is to have a drive with all your assets on it. Even better, Box.com isn’t just a dead web drive—it allows an impressive amount of collaborative editing. Your theoretical team of writers in Johannesburg could all work on the same web copy simultaneously.
While it isn’t as widespread as Dropbox, Box.com offers virtually the same services, with a little extra thrown in on the side. It works across virtually all devices and is very secure, with encryption available.
For your remote marketing team, a tool like Box.com is worth its weight in gold. (I know, it’s a cloud-based thing, but just roll with it).
TeamViewer
Some of the services I previously mentioned do screen-sharing, but it’s nice to have a tool that’s dedicated to the job, and that’s where TeamViewer excels. Let’s say you just want to share a part of your screen—a lot of screen-sharing services require you to either show the entire desktop or only specific applications.
TeamViewer allows you to select areas of your screen to share. You can show as much or as little as you’d like. Additionally, you can share video and audio to augment your meetings or conferences.
Screen sharing is one of the best ways to explain complicated ideas via the web. Having a dedicated screen-sharing app makes a big difference when you aren’t physically able to bring your team together in person.
With all the features you’d expect from a top-notch screen-sharing service, TeamViewer also allows customization and versatility that most others don’t.
Basecamp
This one is a little more mainstream, in that you’ve probably heard of it, but it’s still nowhere near as ubiquitous as Slack or Asana. Basecamp is a powerful project management platform without any of the unnecessary frills.
It provides a mother base (thus the name) for all your ongoing projects. This means that everyone knows where to find everything. It’s also an extremely valuable way to divide responsibilities and hold team members accountable.
At a glance, you can see individual project’s progress, what needs to be done next and who’s in charge of what. Your team members will always know what they’re supposed to be doing. According to their own metrics, Basecamp saves its users an average of ten hours every month, just by helping them stay organized and on-task.
Whether your team is spread across the world or across the street, these tools can help you synchronize tasks and ensure that things run smoothly. As the business world continues to grow further away from traditional geographic relationships, communication tools will only become more important. Save yourself potential headaches by familiarizing yourself with these tools now.

How to Prepare for SBI PO?

How to Assess the Employee Performance Regularly?

Hire a Web Designer to Interior Design Your Business Online