After a lengthy debate, Google is finding ways to fix the texting issue on the Android, and that is good news. If the move is successful, Sms service will come to life in a different shape with better features. The process is long and not so simple, but Google is up for challenge and gathering phone makers and carriers to bring the same standard as RCS.
But tech magnets are thinking about commitment. Using RCS will mean the Android manufacturers will have to rethink about all the features in the messaging apps and develop some. One might argue that Android phones already have the latest features then why do we need Google’s move? The answer is simple- the format of the messages change for every device, and we need to place a benchmark for all. 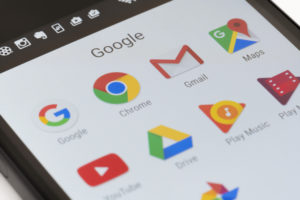 How Is Messaging Changing?

Google wants Android manufacturers to set a line of regulation to save short service messages. That hints at the prime reason- SMS, our lost best friend is dying. After the advent of instant apps like Facebook Messenger, Whatsapp, and iMessage, we no longer use this form of messaging.
In modern time, many people do not even know how to text, and current smartphones are lacking the message facilities.
With the change in the scenario, we are doubtful how far the companies will follow the guideline and depend on the third party service for texting.

The Move By Google

To achieve the end, Google made some sacrifices. It stopped the consumer app Allo. This move is a significant step, and other companies should take a cue from it. Presently, the users are left with the latest versions of Android. The tech experts are planning to add a desktop and chat apps to serve the customers. How far will that be successful is still a matter of query.

SMS is losing its significance day by day. With the installment of 4G and 5G people prefer using the net rather than typing text. Many send voice notes over emoticons and GIFs. The initiative that Google is taking is bold and deserve claps.
But following a set pattern is complicated because it involves risk tasking. A slight mistake on the part of developers will destroy a lot of investment and resources.
Only time will tell what will happen. We hope Google does not regret making this change and customers can again find new ways of chatting.