It was released to fix the Tamil language Character that often crashed the iPhone. Anyone could have easily sent this bug to any iPhone, making it crash and locking the access to the messaging apps.
It affected the built-in Messages app on the Apple Watch and MacOS, along with Safari, Apple’s web browser. It was also supposed to fix the issue of some third=party apps failing to connect to the external accessories. 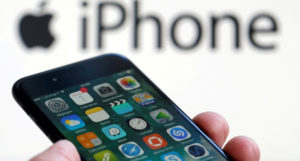 Apple iOS 11.2.6 has broken a significant part of the Accessibility feature of iOS 11. it is called the Speak Screen feature.  Let’s understand this with a simple example.
You start the speak screen with Amazon’s Kindle app. it will read the first page successfully. But, from the second page onwards, it will keep skipping to the last paragraph of each page. This makes it practically useless. And it is making the users frustrated, understandably so.
As of now, it is not clear that how many apps are affected by the bug yet. Testing them all is impossible. However, it has been found that Speak Screen is working well with iBooks.
Also, it is having the problems with the Math. A  former Apple employee tweeted that the calculations that involve percentage are broken. If you ask Siri to calculate  100/20%,  instead of giving you the right answer 500, it will tell you 0.05. So, you can say that this update has rendered Siri useless for calculations as well. However, if you do it on the calculator, it will give you the correct result.
Also, Apple iOS 11.2.6 hides your battery icon somewhere. So you have no way of knowing how much battery life you are left with. You need to navigate to the battery in settings to see the charge status. And some of the users have been able to see it in the menu.
Also, this update keeps disconnecting the AirPods and has turned the volume controls erratic. You can also face some strange graphical glitches on your screen from time to time. Aren’t these more than enough problems in an update that was supposed to fix the bugs.
And now we need an update on this one to fix these bugs. What an irony?

Shared vs Managed WordPress Hosting: key Differences and how to make decision