Android has been beta testing P for some time. And it has now released it for its Pixel phones. The secrecy it has been maintaining about its name and the launch date had us curious. A few days ago, we had a tip on its launch date, and now we know the name as well. 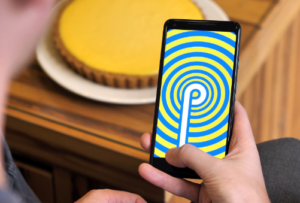 All the Android fans are familiar with the name of Evan Blass. Yes, the most trusted leaker who has previously leaked many Android details. So, we can say that the source is trusted. He seldom gets it wrong. He has been seldom wrong. But this time his date lagged behind the actual release date.

Evan Blass simply tweeted the August calendar, with a green P under the 20th. Now, you don’t have to be a secret code reader to understand that he is suggesting the release of P on August 20th. But Google did a number on his prediction and released the much awaited Android P on 6th.

And I say that because Google typically releases is major annual updates before the end of Summer. Remember Android Oreo? It also made its debut in the same time, August 21.

But this time, it went ahead with the release a little early. The update was formally showcased in the Google’s IO conference in May, and since then it has been in the beta form since then.

Pistachio Or Popsicle- Nopes, Android Pie It Is

Everyone has been guessing the name of Android P Following the trends of the names of the updates, Pistachio or Popsicle, sounded more like the appropriate names. And with the logo of P, Popsicle sat comparatively better. But Google proved them all wrong and rolled out the sweetest name for its new update- its Pie.

Let’s look at the highlights of Android P and what it has in for us. One of its highlights is the App actions. It adds shortcuts to the tasks based on the way you use your smartphone. It also has new navigational gestures and smarter battery.

Google is also adding Digital Wellbeing features to it. With this feature, you will be able to spend lesser time staring at the screen of your smartphone. iPhones had a similar feature that went with the name of Screen Time. Also, its interface tweaks should give it a cleaner look.

You can turn the phone upside down to activate the DND on your phone. All your calls and texts will go quiet, and there will be no visual disturbances as well.

Apple Pie had everyone’s attention ever since it was announced. And now that it has been rolled out for the Google Pixels, all the Android fans are waiting to get the pie for themselves as well. It will depend on the manufacturers when they roll out the updates for their smartphones. We are waiting with bated breath, and we are eager to take its advantage to its fullest.

Outstanding Android Apps Cut Down On Time Consumption For Professionals